Between myth and history

Blood-red, as vivid as a pulsating heart, the Greeks and Romans considered it the sea's greatest bounty. Coral was deemed to have medicinal properties and was included in the pharmacopoeia. A long-held pagan belief, claimed that coral jewels could protect from diseases and could drive away the devil.

From time to time its classification changed: vegetable mineral, precious plant, ornamental object, superstitious charm. The abundance of Corallium Rubrum in our sea and the chance for increased earnings earned this element its place as the symbol of our city.

The bond between Alghero and coral fishing and trade was sealed in 1355, when the king of Aragon, Peter IV (Peter the Ceremonious), granted the coat of arms to the Fortress City. Depicting a coral branch emerging from the waves to celebrate the fortified city's most precious resource, the crest also has the four red Bars of Aragon on a gold background, the coat of the Kings of Aragon.

While it has been slightly modified over time, its graphic, ideological and symbolic identity has remained relatively unchanged. 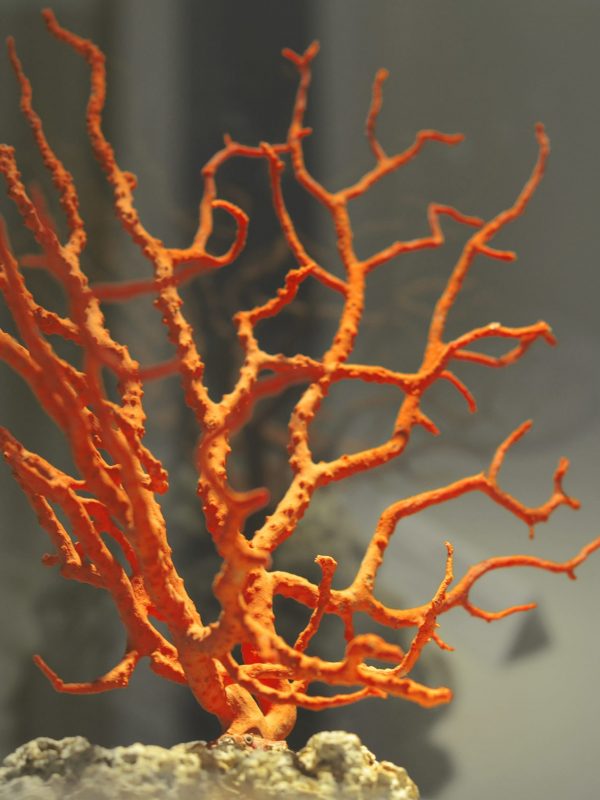